The book I have chosen is called Thoughts on Design by Paul Rand. This book is filled with many types of design–from illustrations to designs on magazine covers and then to ads. There are so many types of simple designs which easily illustrates a message to the readers. Most of the posters or magazine covers are dated from the late 1930’s to the 1960’s. During that time many prints were in black and white due to the high costs in colored ink.

I have selected two images from the bookwhich I found the most interesting. The first poster seems as if it was made for humor. The designer used a real object with a couple lines painted over to form face, by using the bristles as the beard of the face. With the use of the picture of a real brush and then a small drawing painted over it, caught my attention the most because it was actually misleading when I first saw the poster. Which causes me to take a longer time to understand what was actually going on in the illustration. 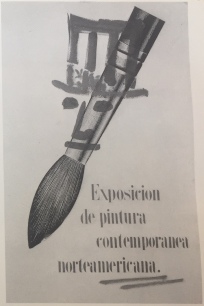 In the next picture, it had a good use of space with the steering wheels for an ad poster. I am most drawn to the use of layering and repetition of the shaped used to construct a simple car advertisement. Also, the lighting on the wheels give it that nice sense of depth in the design. 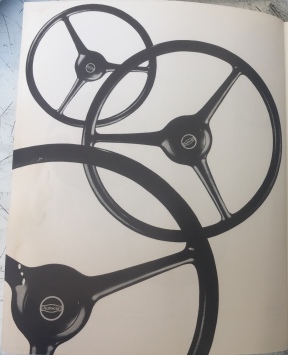 The author made this book for new and oilers audiences torecognize and see many different artists use the various concepts to manipulate the focal point in their posters or magazines or which ever they had designed for.

One thought on “Books on Graphic Design: Thoughts on Design”